Well, our country after enjoying an economic boom over the past 4 years, in which the construction and real estate market contributed to a large extent, is beginning to show signs of slowing. But watch out!, I’m talking about slowdown not recession. It’s not the same to run slower than fall or crash!.

Many of the macro economic factors that drove growth of the housing market are beginning to show an slowdown.
It is estimated that the country's growth for 2008 will be between 4% and 4.5%, not bad for a country like ours, but lower in almost half compare to 2007. Additionally, the Bank of the Republic in July / 2008 increased interest rates by 25 basis points. With this picture, many colleagues in the industry are starting to complain about their low sales, and some of my clients ask me if we are going to follow in the footsteps of Spain and the United States or whether this is a right time to buy a property

I really think thanks to my new "mentors", that there is nothing better than everything what is happening right now for the real estate market in Colombia.

The increase in interest rates, rather than discourage investment in real estate, helps to control excessive indebtedness of consumers, and contributes to keep portfolios of long-term mortgage in healthy conditions.
When interest rates are very low, people tend to use loans to buy real estate, prices begin to inflate, developers to build more projects, speculators start to do their job and in the end the fall is more noisy and painful.

An adjustment to market at the right time is healthy for everyone: For developers because they can continue offering projects according with market realities; for buyers because they have the certainty that the selling price reflects the true value of their investment; and for real estate agents because they will be able to continue working in a solid market without fearing those long intervals that use to come with the crises.


Responding to the concerns I have received from several people about whether or not is it now a good time to invest in real estate, I believe that even though the economic conditions will not as good as the previous years in the short term (1 to 2 years), the value increase will be above the average and stable in the long run. Cities such as Medellin and Bogota will remain attractive markets for buy and sale. In some middle cities the time of sale may be longer, but anyway with a good advisor on your side you may find interesting, attractive, safe and profitable opportunities.
bienes raices colombia colombia real estate economic slowdown finca raiz colombia real estate market

septiembre 19, 2008
Well it sounds overstated, but it’s true. The results was given according to the 2007 Coldwell Banker Home Price Comparison Index (HPCI). This annual “apples to apples” comparison of similar middle management homes finds that an average 2,200 square foot, 4 bedroom, 2 and a half bath home in Bogota costs an average price of US$140.100, making the city as one of the cheapest real estate market in the world, and one of the most attractive markets for foreign real estate investment . Serving as a “snapshot” study, the Coldwell Banker HPCI evaluates average home values for select 2,200 square foot single-family dwellings with four bedrooms, two and one-half baths, a family room (or equivalent) and a two-car garage in 394 markets across the United States, Puerto Rico, Canada and a sampling of 55 countries/territories outside of North America where Coldwell Banker has a presence. Dublin is the most expensive studied market outside of North America (prices converted to U.S. dollars as of
Leer más 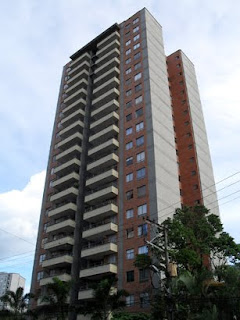